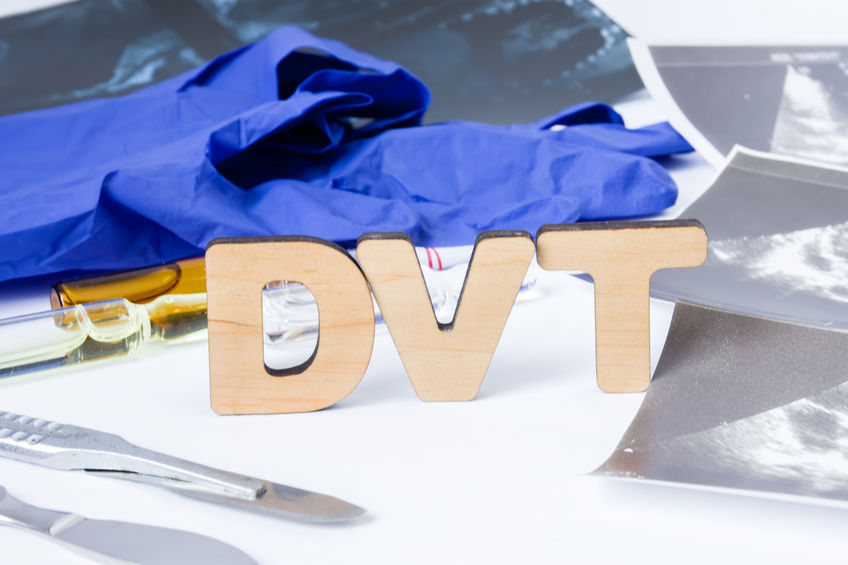 Deep vein thrombosis (DVT) occurs when a blood clot forms in one or more deep veins, especially in the lower limb muscles, such as the calf or thigh muscles.

There are many risk factors associated with DVT but the one we are concerned with today is that of immobility. While general immobility is a generic faxtor in the development of DVT’s iatrogenic immobility using plaster casts or splints to treat lower limb injuries is also a significant risk to patients.

However the prophylactic treatment of all patients who are immobilised for lower limb injuries is not without its own attendant risks.

DOACs have arguably more potential than heparin due to their safety at a wide range of doses, their fast-acting ability in the body, and the fact that they carry no non-anticoagulant side effects. Heparin on the other hand is slow-acting, carries many drug interactions, and requires continual monitoring. (King et al., 2013) It is important to note that DOAC has been found to increase bleeding risk in GI cancers. (Moik et al., 2020)

How then should the Emergency Medicine clinician assess the relative risk of bleeding in an individual patient presenting with a lower limb injury that requires immobilization against the benefit of preventing DVT’s in these patients.

DVT left untreated can lead to life-threatening complications. One such condition is a pulmonary embolism. A blood clot from the DVT in the leg may break free and travel back to the lungs via venous drainage. The clot then blocks vital lung blood vessels, causing damage to the surrounding lung and other organs. A pulmonary embolism requires immediate treatment. Otherwise, permanent organ damage, and often death, will result.

Postphlebitic syndrome (or post-thrombotic syndrome) is another complication associated with DVT. The blood clot can damage veins permanently in the affected area, disrupting vital fluid transport throughout the leg. Swelling, skin discolouration, and leg pain then arises in the affected limb.

Identifying patients who are at risk of DVT is crucial to prevent the development of these life-altering conditions. To do this, following the appropriate guidance is necessary.

How then should the Emergency Medicine clinician risk assess the patient as to whether they require DVT prophylaxis in addition to the treatment for their injury.

Thankfully the Royal College of Emergency Medicine has produced a Guideline including reviewing the evidence ot help answer that question. They consider that the significant risks occur for who have rigid immobilization of the lower limb, are non weight bearing or have an acute severe injury.

Such patients should be considered for prophylaxis but only in addition if they have a permanent risk factor in adtion to the temporary risk due to their injury.

These risk factors are

In such patients unless there is a contra indication to anti coagulation they should be offered DVT prophylaxis commencing in the Emergency Department and continuing until the temporary condition increases risk has past.

One of the difficulty for the Emergency Medicine clinician is while they may encourage patients in splints to partially weight bear thus obviating the need to consider DVT prophylaxis patients may choose not to weight bear due to pain thus making them part of the risk population.

To show that all possible patients who have a risk are considered in the Emergency Department for treatment most deparmtnets have a risk protocol and algorithm either on paper or electronically to help the clinician make the correct decision.

If this risk protocol is not filled out for an individual patient and they later develop a DVT the failure to follow the guidelines and to provide objective evidence that the patient has been risk assessed may prove difficult for the hospital ot defend should the patient state a claim for Clinical Negligence.

If the Emergency Department can show that the patient has been correctly risk assessed, and again this may depend on the facts and the local guidelines involved, and they develop a DVT the Trust would have a defensible position as they have followed the evidence based guideline.