Managing the pregnant patient in the Emergency Department

Diabetes in the Emergency Department 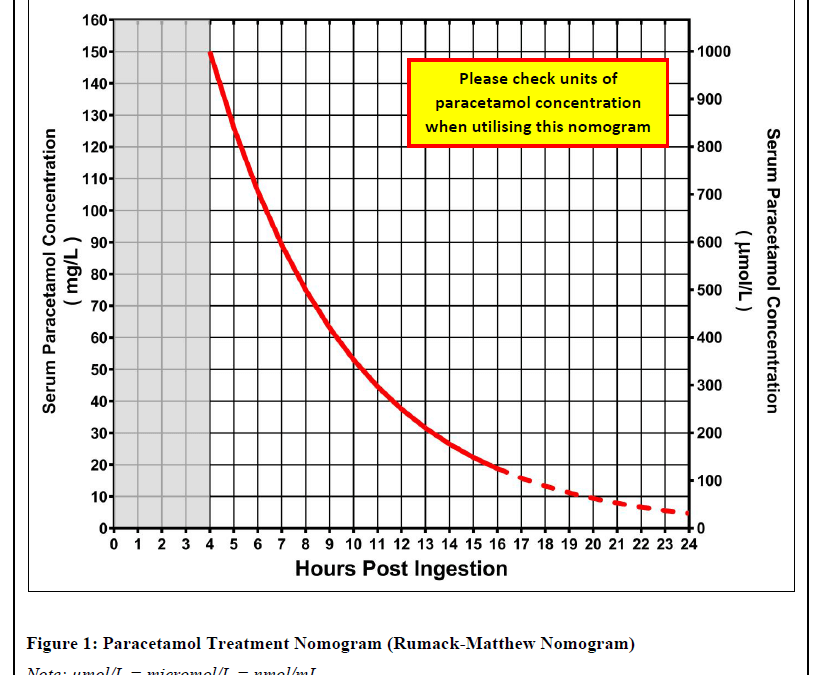 A paracetamol overdose generally occurs when an adult patient has ingested more than 75mg per kg of body weight, either by accident or on purpose. In children the toxic dose is usually considered to be higher

For the first 24 hours after an overdose, patients are often asymptomatic, or present with a few symptoms including nausea and vomiting. As time progresses following the overdose, different symptoms, including liver pain, confusion, faster breathing, and low blood sugar, will occur. If left untreated the commonest complication is liver failure and this can lead to death if not recognised and monitored

Treating paracetamol overdoses before both symptoms and liver damage occur is key to improving patient outcomes for the individual.

Determining the time of overdose

As the length of time since taking the overdose is critical to determine both the risk of liver damage having started and the urgency of treatment. Determining the time of the overdose is a significant part of the assessment in the Emergency Department. Unfortunately individuals who take overdoses often do not give clear answers to the question of when they took the overdose and if possible co-lateral information may be needed to try and identify the time.

Paracetamol overdoses are usually treated with NAC, or N-acetylcysteine which in a single overdose is related to the blood level on te nomogram. Each dose is given intravenously and reflects the patient’s weight. NAC is very effective in preventing liver damage when given within 8 hours of an overdose although it can be effective in reducing if not eliminating liver damage for up to 24 hours from the time of the overdose.

If a patient present within 8 hours of the overdose treatment with NAC is normally directed by the blood concentration of paracetamol but if the patient presents after 8 hours or has taken a staggered overdose treatment is normally commenced in the Emergency Department without waiting for the blood results due to the increasing risk of liver damage if treatment is delayed. Delayed presentation of symptoms beyond 24 hours after the overdose are often associated with death or the need for liver transplantation, and NAC as a form of treatment is shown to be less effective in cases of delayed presentation, although it can still save lives even when used when patients don’t present for 24 hours or more (Retief Els et al., 2020).

This is however not without risks as NAC treatment can cause some patients to suffer anaphylactoid reactions, with one study suggestion as many as 8.4% of patients suffered such reactions (Yarema et al., 2018). Other studies have suggested that regimens that result in lower peak acetylcysteine concentration also have lower rates of adverse effects (Chiew et al., 2016 and this has been one of the drivers in the change of the National Poisons Information Service guidelines for the speed of administration of the initial dose of NAC.

Paracetamol is an effective painkiller and is available without prescription to the general public. It can be however a drug that in overdose can cause significant morbidity and occasional mortality.

Clinicians in the Emergency Department must be aware of the guidelines for treatment of overdoses and be aware of the risks in not giving the effective treatment if the there is even a slight delay in the patient being assessed.