The Expert Witness in the Coroner’s Court

The Expert Witness in the Coroner’s Court 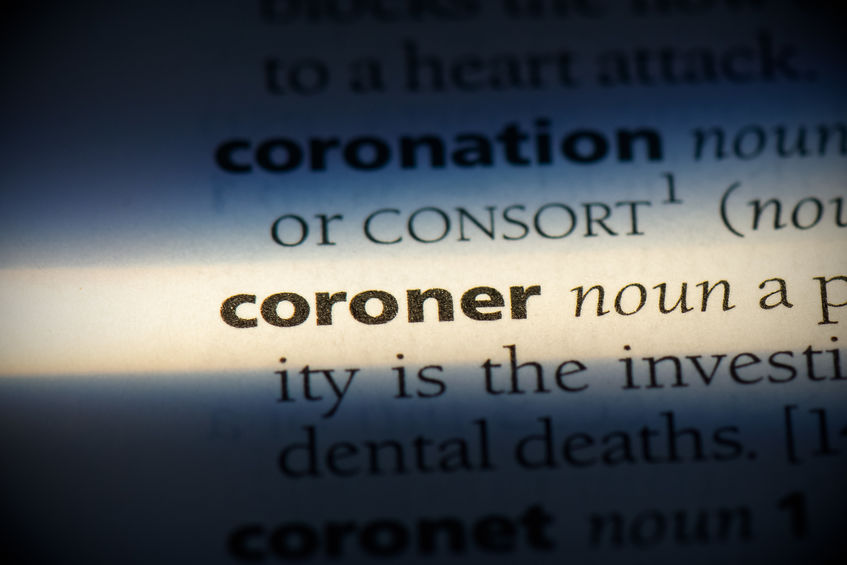 As an expert witness for a number of years the large majority of the instructions I receive are to undertake reports for Civil litigation now almost exclusively in clinical negligence. I have however also been instructed by a number of Coroners to provide expert evidence for investigations into the cause of deaths that they are conducting with emphasis on the standard of care provided and whether any potential deficiencies in that care directly led to the death of the individual.

Despite the much smaller number of instructions being received in Coroners’ cases these have provided the majority of the court appearances I have made in the last 2 years. The purpose of this article is to give my thoughts on the Coronial process and how it is different from other courts where an expert may be called upon to give evidence. The Civil Procedure Rules have a specific Part (Part 35) dealing with experts and their evidence accompanied by guidance that is refined and changed and the Criminal Procedure Rules have a similar section (Part 19) accompanied by guidance from the CPS regarding expert evidence.

Having reviewed a number of publications regarding Coroners’ Rules and procedure there are strict duties applied to pathologists carrying out post-mortems, who are by definition experts in their fields, but I could find no such codified rules regarding the duties of other experts called on to advise the Coroner as part of the process.

There is clearly a role for expert witnesses in the coronial process as one of the few references I could find to expert witnesses was in the Coroners Allowances, Fees and Expenses Regulations 2013 where the regulations state that the fees for an expert can be what the Coroner considers reasonable both for preparatory work and attendance at the inquest.

In civil and criminal cases the proceedings are adversarial with 2 or more parties, often each with experts, putting forward their case and attempting to convince the judge, magistrates or jury of their case either on balance of probabilities or beyond reasonable doubt. In my practice the instructions I receive are from one party to the proceedings and while I am impartial and independent of the legal team if my evidence is required in court it is because it supports the case of my instructing legal team even if a contrary view may be taken by another expert.

In court therefore one of the advocates is likely to be supportive of your views and should be your “friend” if your evidence remains cogent and supportive of the case previously laid out in reports and tested often in conference with a Barrister.

In the Coroner’s court it is different.

The court is there to determine the who, when, where and how a person died (Section 5(1) of the Coroners Act). The outcome of an inquest is summarised by a conclusion or findings answering the questions above made by either the Coroner or a jury in a Record of Inquest (also known as Form 2 in the Schedule of Inquest Rules). These may either be a single line of a conclusion or can be a longer written statement previously called a narrative verdict. The findings are not to make any apportionment of blame and indeed it is clear in the Coroner’s rules that any findings may “not be framed in such a way as to appear to determine any question of (a) criminal liability on the part of a named individual or (b) civil liability” (Section 10(2)). These do not preclude the Coroner or a jury making findings of fact without attaching blame.

In addition to the Coroner as the judicial officer any properly interested party (and this status is determined by the Coroner although there are some key parties including the deceased’s family that are always such a party) can be present and ask questions of any witnesses called and they can be legally represented although public funding for such an appointment is very limited.

He has been an expert witness since 1992 now mainly undertaking Clinical Negligence and Criminal work as well as providing Expert evidence for inquests. He is instructed both by Claimants and Defendants and by a number of Coroner’s. His interests cover the whole spectrum of Emergency Medicine including the initial management of head and spinal injuries including cauda equina.

Preparing For The Coroner’s Court As An Expert Witness

Preparing to attend the inquest

Preparing The Report For The Coroner