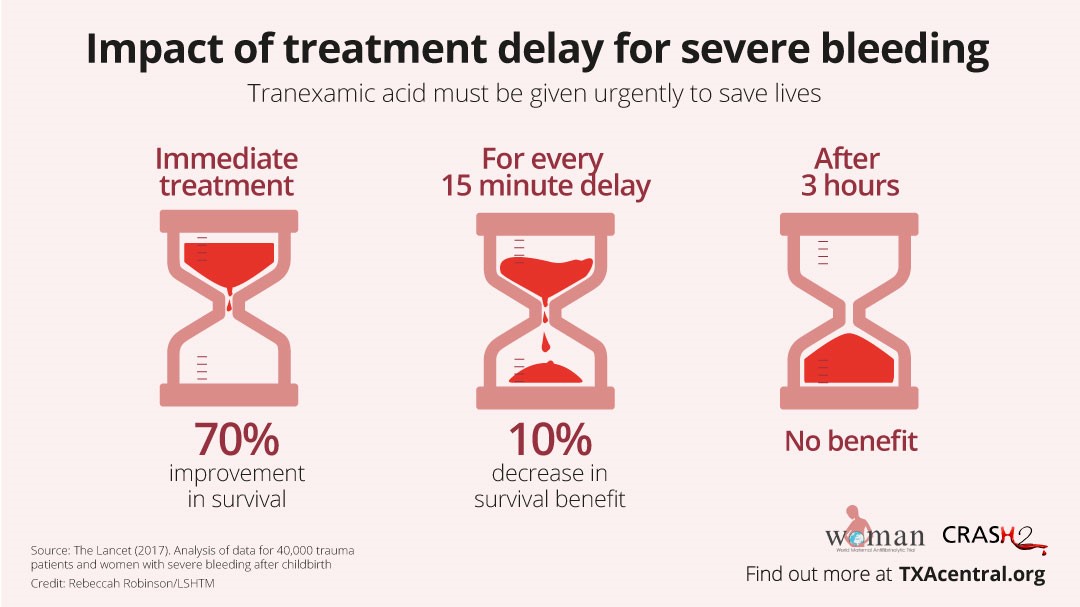 Managing trauma is a key part of medicine, resolving the immediate trauma of an incident as soon as possible and enabling a support team in treating more complex issues as a result of the initial trauma. This means that using the best possible tools in trauma management enables support for patients in the fastest way possible. TXA is one of these tools and recently underwent a study discussing its viability. Find out more about the use of TXA in trauma management, and the way that the CRASH 2 trial impacts its implementation.

TXA, also known as tranexamic acid, is a treatment that has been around for some time now. Originally seeing use as a treatment for heavy bleeding in the menstrual cycle, TXA controls bleeding by helping your blood to clot. Other previous uses include the implementation of TXA in a dental environment, with TXA mouthwash used to stop bleeding in the mouth following the removal of a tooth. TXA comes in a range of different forms, including tablets, as a liquid, as mouthwash and occasionally in the form of injections. Although buying TXA tablets from pharmacies is possible, prescriptions are more common.

What was the CRASH 2 trial?

The CRASH 2 trial was a controlled trial of the use of TXA on a range of different events, including stemming bleeding in the event of patients having vascular occlusions and requiring blood transfusions following severe trauma. The risk of death due to serious bleeding in the trial saw a reduction from 5.7% to 4.9% between the placebo treatment and the use of TXA, where the overall risk of death fell from 16% within a 28 day period to 14.5% when using TXA in the treatment of a patient. The trial also examined the timing of the treatment, establishing a difference between immediate treatment and treatment after 3 hours, finding that late treatment increased the risk of death due to bleeding by 1.3%.

The conclusions of the study found that when used quickly, TXA has a positive impact on outcomes. Therefore, the adoption of TXA in response to trauma patients is an increasingly common feature of hospitals dealing with accidents. To achieve the best outcomes, the literature suggests using a loading dose of 1g followed by another 1g dose over an 8h period. Primarily used in a prehospital environment, TXA’s safety and economic feasibility mean that hospitals turn to it as a response to trauma issues.

The final outcome of the CRASH 2 study was an increase in the use of TXA in trauma management environments. This means that hospitals make full use of the potential TXA has for lowering mortality rates, with many current studies focusing on the observation of current usage rather than actively encouraging use as a part of a trial.

The CRASH 2 trial was a clear breakthrough for the use of TXA in trauma management for patients. TXA sees a greater degree of use following the study, which means a significant reduction of mortality rate in a range of different trauma cases following the wide adoption of TXA.