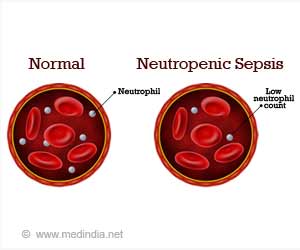 Neutropenia sepsis is a potentially life-threatening condition that affects the whole body. It can occur in people who already suffer from Neutropenia and who develop an infection.

What is Neutropenia sepsis?

Neutropenia is a condition in which the white blood cell count drops below 1500 cells per mm. Patients that have Neutropenia are more likely to get infections. Sepsis is when someone develops an infection in their body, and it spreads throughout their entire body.

If your white blood cells drop below 1500 cells per mm, you’re more likely to develop infections if you’re exposed to disease-causing organisms. Sepsis occurs when someone has been infected with a bacteria or virus from outside their body, and the infection spreads through the bloodstream into other parts of the body. In both cases, there needs to be a decrease in nutrients entering your bone marrow for either one of these conditions to occur.

Signs and Symptoms of Neutropenia sepsis

Although there are common signs and symptoms to look out for, indicating Neutropenia sepsis, these are not always present. However, common symptoms include:

Recognising Neutropenia sepsis’s early signs and symptoms is essential for treatment and avoiding complications. These include encephalopathy, coagulopathy, neutropenic enterocolitis, organ failure, and death if not treated.

There are many causes of Neutropenia sepsis, which briefly include:

Aspects of Neutropenic sepsis that can often be overseen

One of the most prominent issues with Neutropenic sepsis is recognising the symptoms early enough to avoid complications. This may be addressed by further awareness being raised among prehospital clinicians. Any patient deemed to be of high risk of developing Neutropenic sepsis should be admitted for other conclusive tests – even where symptoms appear vague or mild – to avoid haemodynamic collapse or even death.

Although the risks and potential complications from Neutropenic sepsis are well known, there has yet to be developed a distinct link between neutrophil count and the exact level of risk. Developing this would avoid unnecessary deaths from Neutropenic sepsis and reduce hospitalisation rates for those whose condition is not deemed life-threatening. This would avoid further health-compromising complications for the immunosuppressed and offer a framework for all healthcare clinicians to follow.

As there is a lack of awareness currently regarding Neutropenic sepsis, as reported by the National Chemotherapy Advisory Group (NCAG) (2009) and the National Confidential Enquiry into Patient Outcome and Deaths (NCEPOD) (2008), raising this standard of knowledge alone in healthcare professional will avoid many complications. This will lead to timely treatment within the first 48 hours of onset, ensuring early administration of intravenous antibiotics for those at risk.

Neutropenia sepsis is a potentially life-threatening condition. Appropriately diagnosed and treated, the risk of mortality is lower than 5% in low-risk groups and approximately 40% in high-risk groups, such as the immunocompromised.